CERVICOGENIC DIZZINESS – SHOULD YOU TREAT THE UPPER TRAPEZIUS? 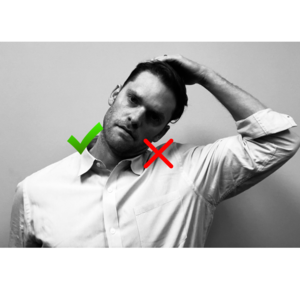 Cervicogenic Dizziness - should you treat the upper trapezius?

Simons and Travel 1999 describe myofascial pain (MP) as a common symptom usually caused by myofascial trigger points (MTrPs). The MTrPs in the neck muscles have been associated with a possible source of referred facial and cranial pain and could contribute to the nocioceptive activity occurring with Cervicogenic Dizziness. The muscle most often affected with the presence of MTrPs in the neck region is the trapezius muscle, specifically the upper fibers, and this is the most hyperalgesic muscle of the neck and shoulder (Sciotti et al 2001,Melegar & Krivickas 2007,Fischer 1987). In fact, it is well established that treating soft tissue dysfunction of the upper trapezius is effective in the management of nonspecific cervical pain (Cagnie et al 2015, Montañez-Aguilera FJ et al 2010,Aguilera FJ et al 2009).

The authors of this manuscript consider addressing MTrPs in the descending fibers of the upper trapezius to be an appropriate treatment for individuals suffering from Cervicogenic Dizziness, however, it may be incomplete and suboptimal location to maximize potential outcomes. It can have an influence on the functional relevance of the neck in its relationship with the cervico-collic reflex and vestibulo-collic reflex, but may not be a significant factor in modulation of its effects on head-in-space and head-on-trunk posture. All things considered, even though it is a popular location to stretch or treat manually, it may not be as much of a contributing factor of nocioceptive input into dysfunction of head on neck proprioception and self-motion perception.

The following two scenarios are the theoretical concepts to this impression:

The number of muscle spindles in relation to muscle mass in a recent anatomical study by Banks RW 2006confirms the greatest abundance is in axial muscles, including those concerned with head position. The upper trapezius muscle is a high contributor of muscle spindles, but comparably, it is farbehind suboccipital musculature,being rated #31 and along the same relative abundance as theadductor pollicis, extensor digitorum brevis, obliquees internus abdominus, omohyoideus, pronator quadratrus and extensor digitorum. These muscles, due to their location, are of course not primary influence on head-on-neck proprioception.

So, based off of this information and overall thoughts on a patient’s adherence to a home program (keeping 5 exercises or less)— does stretching the upper trapezius, as described in the literature & pictured below, appear to be the most optimal treatment & one we should encourage with patients having cervicogenic dizziness? 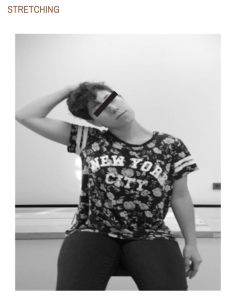 2. INFLUENCE BASED OFF OF POINTS OF ATTACHMENT ON OCCIPUT (FROM DVORAK J. MANUELLE MEDIZIN. 1988)

Thus, the theoretical constructs and literature review for the non-articular management of cervicogenic dizziness is unclear and still under scrutiny. The application of soft tissue management at one location vs another can be determined through a thorough clinical reasoning process and assessment The type of soft tissue intervention that is most optimal (i.e. dry needling, ischaemic compression, IASTYM, dry cupping, deep massage, etc.) is still under debate, but the authors of this post do feel the location of your intervention can make a difference.