YOU NEED THIS TO RECOVER FROM PERIPHERAL VESTIBULAR DEFICITS

VESTIBULAR NUCLEUS: THE EYE OF THE HURRICANE

Individuals who have dizziness from cervical origin typically have several general symptoms, including neck pain, balance impairment including unsteadiness, lightheadiness and drunkeness. Types of patients with this condition range from the elderly with cervical arthritis (slow onset of symptoms) to status-post mild traumatic brain injury (mTBI) following a concussion or whiplash (fast onset of symptoms).

,Previously, it has been found that atrophy of the suboccipital muscles is associated with chronic neck pain (Andary et al). In fact, greater atrophy in the rectus capitis-PMaj and rectus capitis-PMin among the suboccipital muscles have been found in patients with persistent whiplash symptoms (Elliot et al) Additionally, atrophy of these muscles has been associated with higher inflammatory biomarkers, hyperalgesia, and worse outcomes in patients with whiplash (Sterling et al) 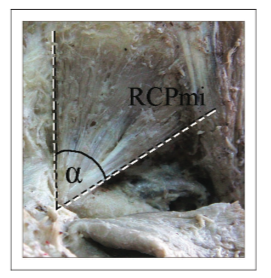 ,Even though most research conducted with the rectus capitis-PMin correlates this muscle with the myodural bridge and association with cervical headaches, we believe there is a paucity of research analyzing this area in regards to Cervicogenic Dizziness and complex dizziness symptoms. The rectus capitis-PMin has the greatest concentration of muscle spindles among the suboccipital musculature, which, in addition to allowing flexible movement, act as specific sensory receptors. This role is accomplished secondary to an especially high concentration of large diameter A- fibers, which convey proprioceptive information.

Even though we may not be able to prevent onset of mTBI, concussion, whiplash symptoms with strengthening the deep cervical extensors, we can certainly utilize this knowledge in our rehabilitation setting.

Or, we could even look at this at another angle and potentially utilize this knowledge in fall prevention programs to address coordinated afferent input from the cervical spine to the balance centers. As far as we know, there is some literature on manual therapies (such as Holt et al 2016 & Doughtery et al 2012) to improve balance in elderly but to our knowledge, no studies with specific deep cervical extensor strengthening. Adding this component to a multi-disciplinary approach of balance and strength training, could reduce overall risk, especially with tasks involving cervical movements.

The modern rehabilitation of Cervicogenic Dizziness is now transforming into additional sensorimotor training aspects instead of just manual therapies. The multisensory integration in neck pain and dizziness arises from multiple sources and deep cervical extensors can be highly involved in impaired on clinical examination. We include deep cervical extensor training into our Physio Blend, which helps to improve outcomes in this population.